Much to my surprise, this year I opened the bag and discovered brown rust spots and a musty, mildew smell. Somehow the bag got wet in storage (or the move) and damaged my beautiful tree.

(I was actually pretty devastated.)

My first thought was to put it on the curb. However, I wasn’t planning on spending money for a new Christmas tree this year, so I decided to try a few fixes before giving up completely. The tree is pre-lit, so soaking it in bleach wasn’t an option.

First, I sprayed the spots with hydrogen peroxide after reading about how great it works at removing stains.

I took the tree outside for some sunshine, lemon juice, and salt, but that didn’t remove the rust stains, either.

For a moment I considered turning it into an outdoor tree…

Then it occurred to me that maybe I should spray paint it. Why not? I couldn’t make it look any worse. Seriously.

I sent my hubby to the store and told him to pick any white spray paint. I’m normally picky about the brand, but I was over the tree fiasco. He picked the can that said it ‘bonds to plastic,’ which made good sense to me. 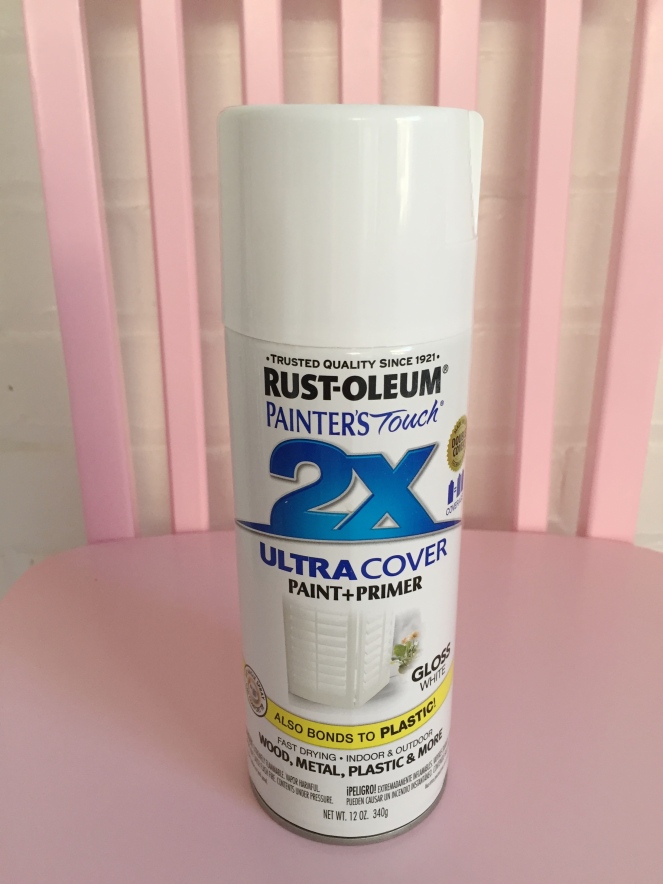 Carefully maneuvering around the lights, I used two cans on the tree. It needed two coats on the rust spots and a light covering on the rest of the tree to ensure an even color distribution. After drying for four hours outside, the tree was perfect. The sunshine and peroxide even fixed the mildew smell. The tree has been decorated for over a week and there is zero flaking or bad smell.

Nobody would even know this tree once had ugly brown spots, except that I just publicly blogged about it. 🙂